Wild teen Wren (Susan Berman) trades NJ for NYC, where she hopes to join what's left of punk culture. She hangs out with fellow transplant Paul (Brad Rijn), but he's too safe for her tastes — which run to narcissistic rockers. She finds one in Eric (punk icon Richard Hell), about to cut a record in LA. Before long, Wren plans to accompany Eric out west, but it's clear she's trusted the wrong person. 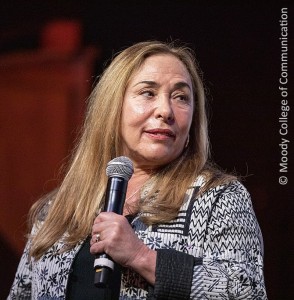 Susan Seidelman began her directorial career in the 1980s when her low budget film Smithereens became the first American Independent film accepted into the Official Competition at the Cannes Film Festival. It went on to garner awards at several International film festivals and was re-released in 2018 by the Criterion Collection.

Susan’s next endeavor Desperately Seeking Susan (starring Madonna and Rosanna Arquette) was a critical and commercial success that helped launch the screen careers of many emerging actors of that time, including Aidan Quinn and John Turturro. The film premiered at Cannes in 1985, was nominated for a French “Cesar” for Best Foreign Film and voted one of the top 100 films of all times by the BBC.

Seidelman went on to direct John Malkovich in Making Mr. Right; Peter Falk in the mafia comedy Cookie (written by Nora Ephron); Meryl Streep in her first comedic screen performance in She-Devil, and Mira Sorvino in The Dutch Master which was nominated for an “Oscar” for Best Dramatic Short.
Directing the pilot and early episodes of HBO’s hit series Sex and the City are among the highlights of Seidelman’s TV career, which also includes EMMY and Golden Globe nominations for her Showtime movie A Cooler Climate, starring Sally Field and Judy Davis.

In 2006 Susan wrote and directed Boynton Beach Club, a romantic comedy about senior citizens back in the “dating game” again, starring Dyan Cannon, Brenda Vaccaro and Joseph Bologna. The film premiered at the Palm Springs International Film Festival and was distributed by The Samuel Goldwyn Company. Seidelman also directed Musical Chairs, a Manhattan love story set against the backdrop of a wheelchair ballroom dance competition. The film introduced actress Laverne Cox and received a 2012 GLAAD Media Award nomination for “Best Film in a Limited Release”.

Seidelman’s work continues to mix comedy with drama, blending genres and popcultural references with a focus on strong female protagonists.