A look into the Los Angeles punk rock scene, that was largely ignored by the rock music press of the time. 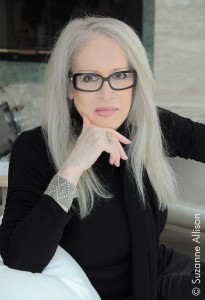 Spheeris is often referred to as a 'rock 'n roll anthropologist'.

In 1974 she formed the first Los Angeles music video production company, ROCK 'N REEL. She concluded her music video work with the Grammy-nominated, "Bohemian Rhapsody" video for "Wayne's World". Spheeris' feature film debut was the 1979 documentary on the Los Angeles punk scene, "The Decline of Western Civilization" which was received with stunning and unanimous critical praise. In 1983 she wrote and directed "Suburbia", produced by Roger Corman. It is a disturbing and prophetic story of rebellious, homeless kids squatting in abandoned houses, trying to make new families, and protecting one another. "Suburbia" won first place at the Chicago Film Festival. Almost 25 years later her documentary, "The Decline of Western Civilization, Part III" would eerily mirror the events she scripted in "Suburbia". In the mid-80s she directed "The Boys Next Door", starring Charlie Sheen and Maxwell Caulfield, then "Dudes" starring John Cryer, Flea, and Daniel Roebuck. Both films have attained cult classic status. "The Decline of Western Civilization, Part II: The Metal Years" was released in 1988, again to spectacular critical acclaim. Commentaries from Ozzy Osbourne, Steven Tyler and Joe Perry, Alice Cooper, Lemmy of Motorhead, Poison, etc. make it one of the most memorable pieces of rock film history.

In 1992, Spheeris directed her seventh feature, and first studio film, "Wayne's World" at Paramount Pictures. Subsequently she directed and produced "The Beverly Hillbillies" (Fox), wrote and directed "The Little Rascals" (Universal), then directed "Black Sheep" (Paramount), etc. In 1999, Spheeris documented The Ozzfest, America's most successful summer concert tour, and the reunion performances of the original Black Sabbath. Both as director and one of the cinematographers, Spheeris achieved a remarkable and historic film which offers the audience a unique view of life on the road: "We Sold Our Souls For Rock 'N Roll".