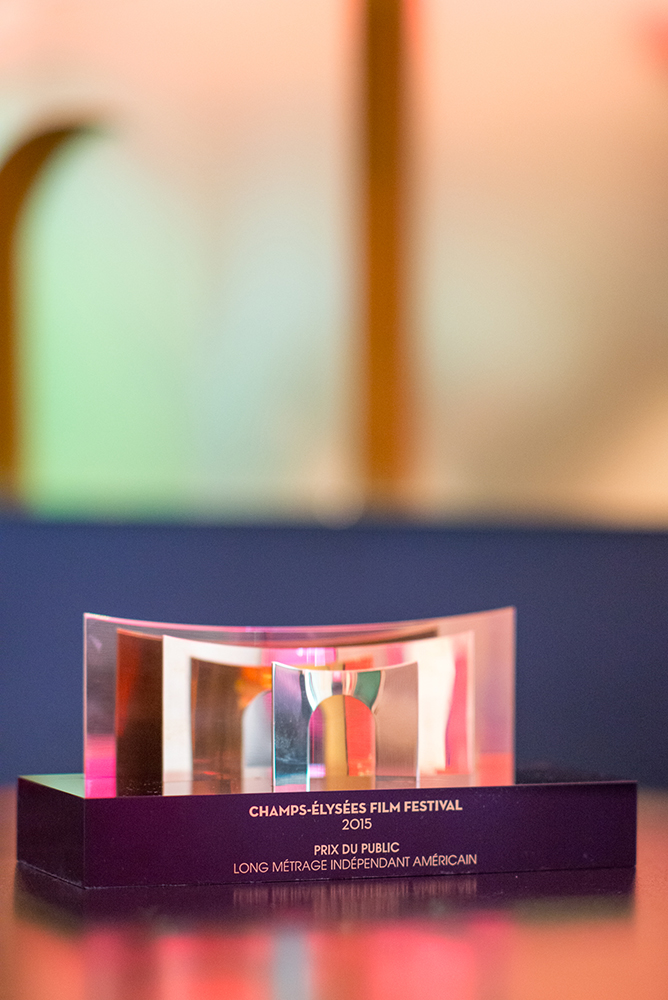 The audience is the only jury of the competition.

The winners receive a trophy during the Closing Ceremony, before the screening of the closing film.

The design of the Champs-Élysées Film Festival Trophy has been redesigned for this 4th edition. Simple, refined and luxurious, the Trophy features three gold leaves delicately placed on a solid black base. The logo of Champs-Élysées Film Festival unfolds, gilded, in all its dimensions, representing the Arc de Triomphe surrounded by the iconic movie screens of the world’s most beautiful avenue. The Trophy is presented to the winners in its prestigious case.

The Festival
Official Selection
Social Networks
Newsletter
Subscribe to our newsletter
© Champs-Elysées Film Festival 2015 - All rights reserved - Privacy Policy - Design: Izecom - EffiApps
This site uses cookies. By continuing to browse the site, you are agreeing to our use of cookies.I agreeFind out more